It’s my pleasure to be here and I’m super excited to hang out with Franny on her blog. Pretty sweet, right? 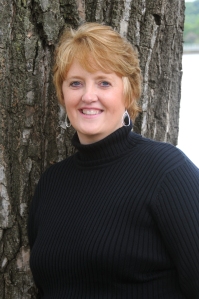 My name is Angela K Roe and I write contemporary romance. My Walkers Ridge Romance series consists of This Montana Man, My Favorite Things, and Two Times the Love, and it takes place in a small town in Montana and has been compared to Debbie Macomber’s Cedar Cove series. (Seriously, the first time someone said that to me, I almost fainted) The series is a trilogy. Each is a complete story on it’s own with some of the same characters woven through all three books. So you get to catch up on your favorite townsfolk.

In addition to the Walkers Ridge Romance series, I’ve got a contemporary traditional erotica romance called Hogs & Heartaches, which takes place in Sturgis SD during the annual bike rally. It’s what I call a Spicy Romance.

I have a second contemporary traditional erotica coming out soon and I’d love to share some information with you. The amazing Serena Kitt has invited me to publish Storms of the Heart in her medical themed box set. She’s an amazing author and I’m so thrilled to be involved in this project with her. So stay tuned to my blog for more details. And if you hear that high pitched noise, it’s me squeeing with excitement over here.

In the meantime, enjoy this excerpt of This Montana Man, the first in the Walkers Ridge Romance series.

clouds were gathering in the north and casting a pall over the morning. Without taking his eyes off of Caroline and the way her hair was blowing in the strengthening breeze, he said, “Yep, looks like we could get a good storm out of this. Have you seen a snowstorm before?”

“I haven’t seen real snow in years!” Caroline laughed, “Do you really think we might get a snowstorm?”

“It’s a possibility this far north.”

She pushed her hair from her face and turned toward Jamie. “Do you want to come in and have a cup of coffee?”

With a short bark, he declined. “I’m coffeed out, but I will come in, I need to talk to you about something.” He followed her through the back porch and into the kitchen. The smell of baking bread filled the air and he inhaled deeply. Memories of being at his grandmother’s knee as she made bread and pies in this room filled his mind. He used to think about raising his children here as he had been raised, but that dream wasn’t going to come true. Ruthlessly pushing those thoughts aside, he focused on Caroline.

She stood, one hip against the counter, watching him. “This place really gets to you, doesn’t it?”

Jamie wandered into the dining room and noticed the laptop still open on the table. “May I?” He headed toward the computer without waiting for an answer.

Caroline hurried past him and shut the lid. “Sorry, that’s private.” She couldn’t quite meet his eyes. “So what was it you wanted to talk to me about?”

“A writer who doesn’t want her writing to be read…isn’t that counterproductive for you?”

Knowing he would recognize himself in the opening lines of the first chapter, Caroline made a face at him. “Right now, it’s just in its rough stages. I don’t like anyone to read my work until I’ve polished it up a bit.”

“What did I come here for?”

“Not to be rude, but yes,” Caroline shrugged, sipping her coffee.

He watched the cup meet her lips and asked, “How much coffee do you drink?”

Caroline looked at him in surprise. “Not much, and it’s decaf, anyway, why do you ask?”

He shook his head, “Just seems like I’m surrounded by coffee today, I guess. I suppose I must have thought you were drinking coffee the entire time I was gone.”

“First of all, you were only gone a little while, but I have a tendency to let it get cold when I’m busy, so I pour it out and get a fresh cup. And like I said, it’s decaf…I’d be a nervous wreck if I drank the regular stuff.”

Something about her answer didn’t quite ring true. “Are you hiding from somebody?”

Caroline’s coffee mug slipped from her hands and crashed to the hardwood floor, splattering coffee and splintered glass across the room.